Free delivery for orders above $350 on order

Not enough stock.
Your item was not added to your cart.

Please message the shop owner for order details.
Description
Therapy for sensitive scalps, anti-dandruff therapy lotion for lasting calming of stress reactions of the scalp and effective normalisation of overreactive acute or chronic dandruff.
Dandruff as an active symptom is annoying enough, but often dandruff becomes a chronic problem and occurs repeatedly or lastingly. Mostly, the sufferer is not just dealing with dandruff because generally such scalps are naturally predisposed to being highly sensitive or they become hyperirritated as a result of the permanent or recurring dandruff. Mental stress from within, as well as external stimuli due to unfavourable treatments and environmental factors, are often the culprits or they may even worsen the condition. The anti-dandruff therapy Lotion Apaisante calms the overreactive nerves of the sensitive scalp. The overreactive scalp is lastingly normalised. It becomes more resistant to stress factors that promote dandruff. An active anti-dandruff complex and anti-inflammatory plant extracts such as mimosa and horse chestnut gently, rapidly and lastingly restore the scalp’s natural balance. Dandruff-triggering microbes are reduced, feelings of tightness, itchiness and irritations are alleviated, the impaired hornification process is normalised. The risk of hair loss is no longer an issue. Thanks to Lotion Apaisante, the hair’s vitality and healthy growth are restored.
The anti-dandruff therapy Dermosthétique Anti-Pelliculaire has an impressive triple effect:
1. 100% eradication of visible dandruff after just one application
2. Lasting normalisation of the impaired, overreactive hornification process
3. Even hypersensitive scalps are lastingly calmed The high efficacy and the particularly high tolerance are clinically documented.
Main Ingredients:

Usage: After washing, ideally with Shampooing Apaisant, apply approx. 5 ml of Lotion Apaisante along the parting of the scalp and gently massage in. Do not rinse – Leave-in product.
Content: 100ml
Additional details 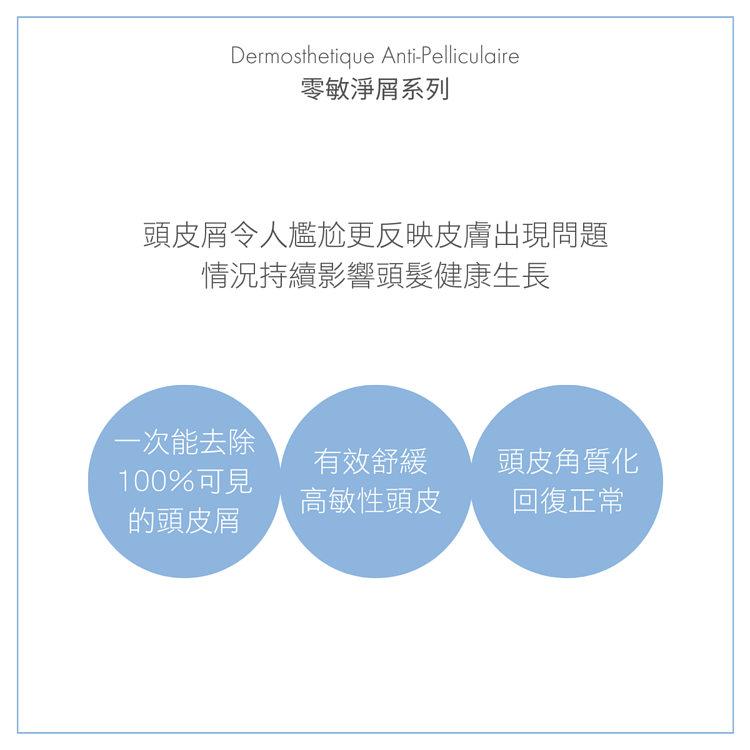 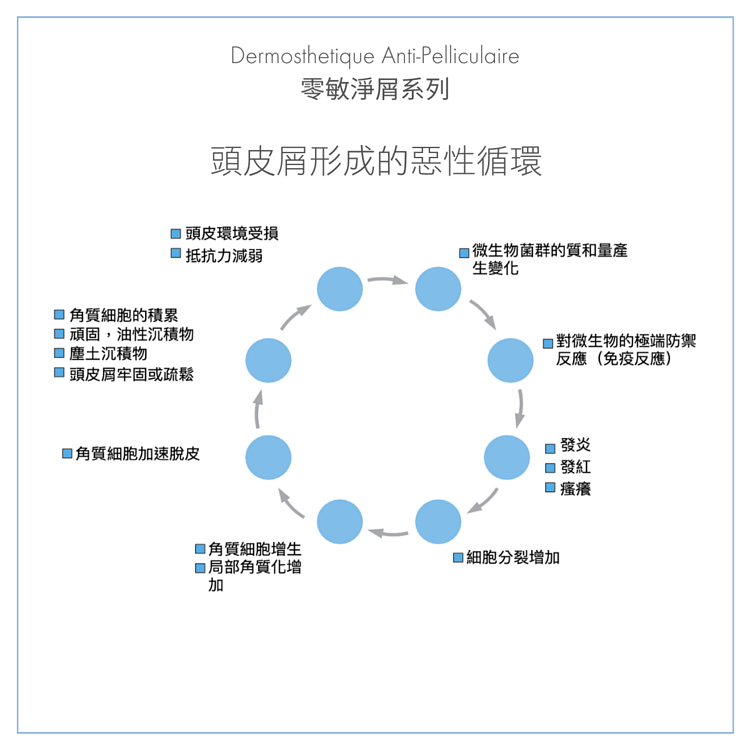 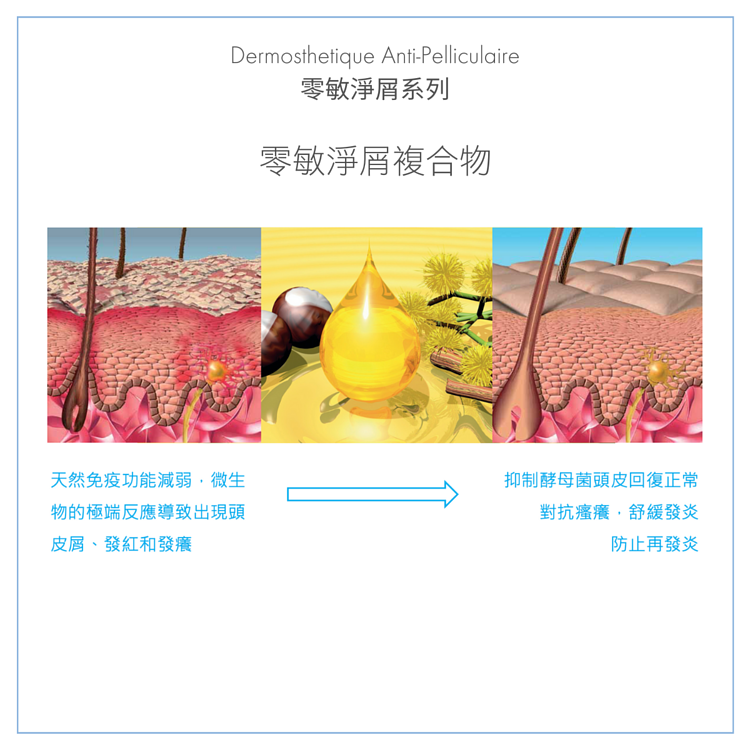 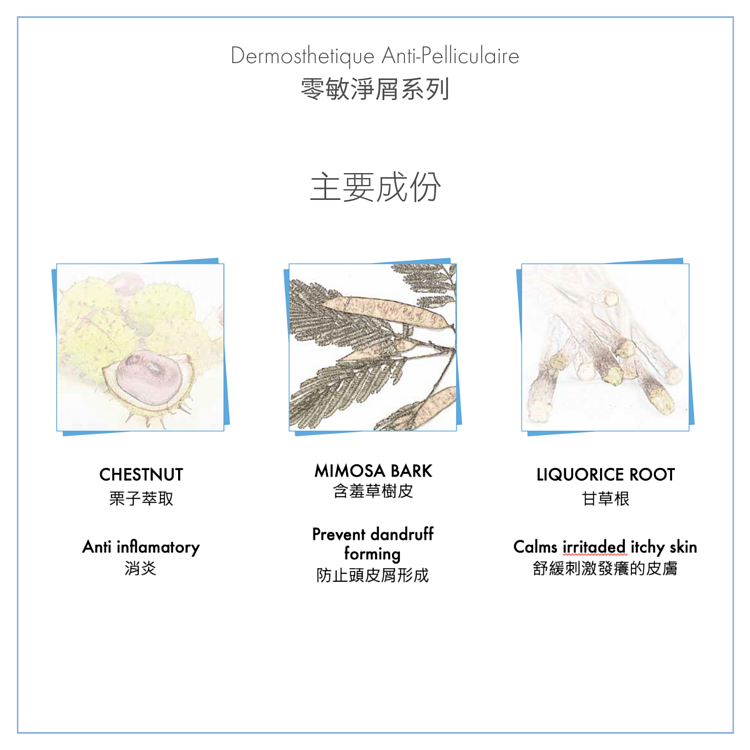 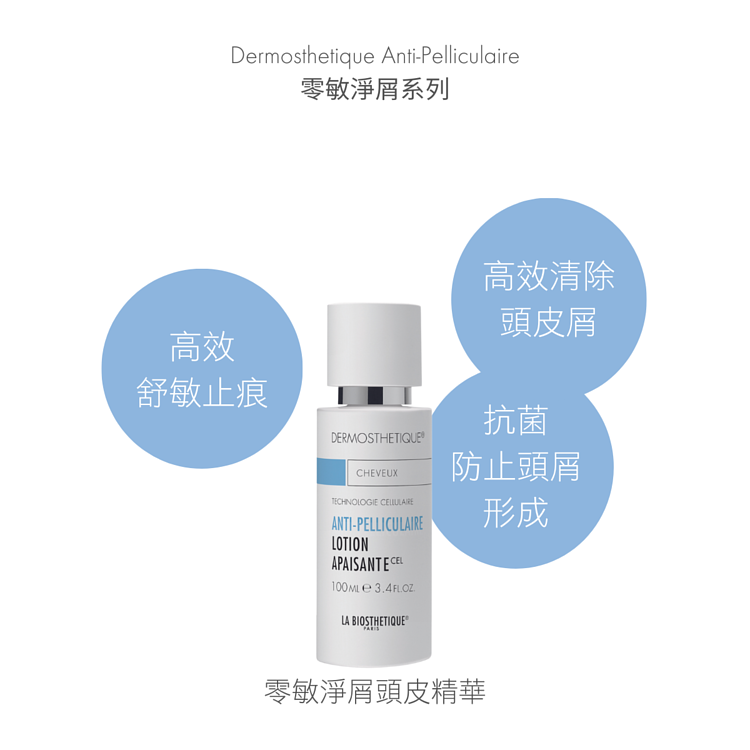 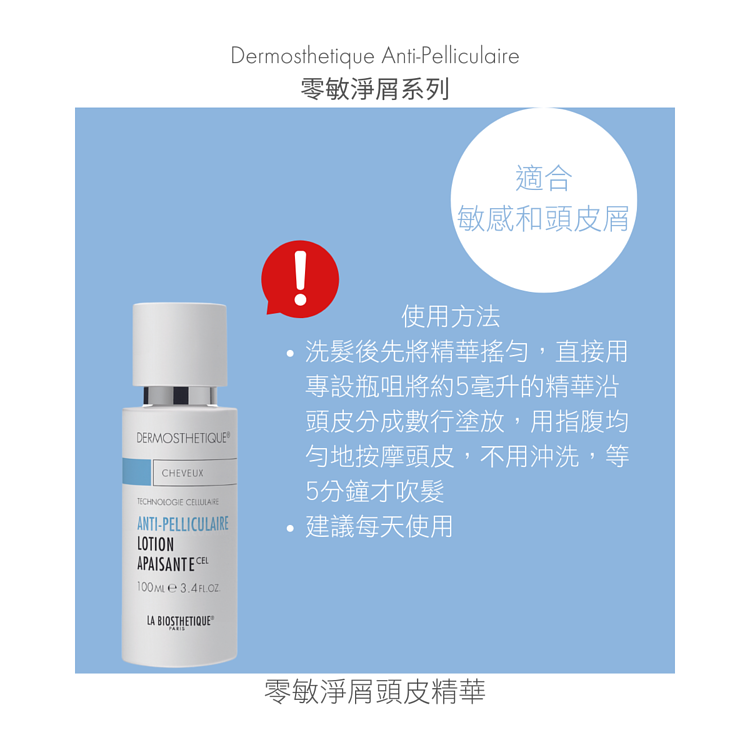